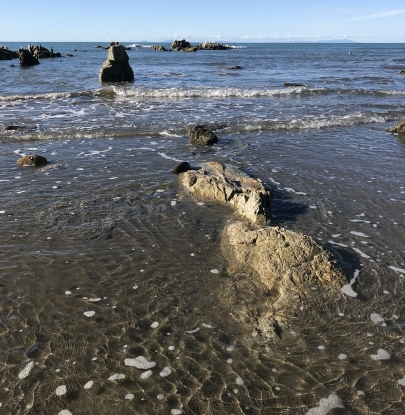 As the shockwaves propagated outwards, away from the initial rupture, the ground opened. Straight lines suddenly became curves. The ocean drained away from the shoreline. In the dark ranges, unseen and unheard, avalanches of grey stone crashed into the valleys. Rivers changed course and the sharp, ozone smell of shattered rock filled the air. The entire island stretched, becoming two metres longer as the fault-lines scraped violently past each other. To keen-eyed observers, and there would soon be a record number of them, the atlas of the world changed, suddenly and irrevocably…”
– Excerpt from THE GREENSTONE WATER.

Travel Writer and Photographer based in the village of Geraldine on New Zealand's beautiful South Island. View all posts by FERG